Let’s Be Realistic About the Synod

Let’s Be Realistic About the Synod 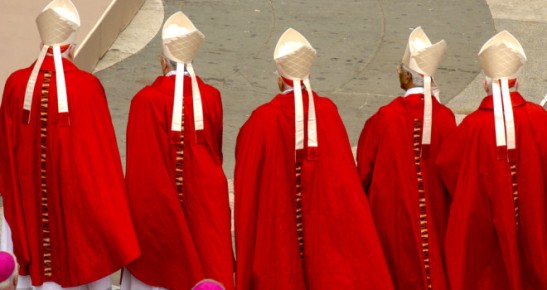 As October’s Extraordinary Synod on the family is underway, expectations and buzz are high.  No matter which ideological camp you happen to find yourself in, you are looking to the synod with fear and trepidation, or perhaps excitement.  We writers and wannabe thinkers have been pitching around a lot of ideas for how the Church should reform its approach to the family.  Everyone asks what they should think about the Synod.  My advice has always been the same:  Ignore it.  Now I know that is a contrarian answer, yet we also need to understand that from a doctrinal standpoint, nothing is changing.  As a result, one could be blissfully ignorant of all that is going on, and still be okay.  However, if you absolutely must pay attention to the synod, keep these things in mind.

1.) What will be discussed at the meeting

There is a mistaken belief that at this Synod, changes one way or another are going to happen.  This isn’t really the case.  The job of the synod is to debate a bunch of ideas, and ultimately send the recommendations to the Pope, who could in theory, reject every single suggestion.

The second Extraordinary Synod was called to commemorate twenty years since Vatican II closed its doors.  They resolved to work according to the Spirit of the Council and put forth vague guidelines on issuing a new catechism.  In 2014, we have the new Catechism (even if people in the pews aren’t learning enough from this document!), but we are still trying to figure out how to implement Vatican II on important matters such as ecclesiology, ecumenism, religious liberty and the liturgical reform.  Being blunt, twenty years after the Synod which resolved to seriously implement Vatican II we are trying to figure out what it means to seriously implement Vatican II.

In theory, there should be no limits on the discussion which will take place at the Extraordinary Synod.  Communion for Catholics who have divorced and had a civil ceremony with another person no doubt will be discussed.  Yet the realistic window for change is really, really small.  As the Prefect of the Congregation of the Doctrine of the Faith has repeatedly stated, (…) you can’t change doctrine.  Even if the Pope wanted to change doctrine (in theory), he is unable to do so.  Not only do the Church’s laws make that clear, but the Holy Spirit makes that clear.  We are not Protestants, and indefectibility means something.

(…) Now that we’ve established there are things this Synod will have to discuss of importance, we have to remember how change comes about in these instances.  It is incorrect to say that change happens “slowly.”  Sometimes we need change to happen quicker.  What is correct is the idea that change happens organically.  Any change, major or minor, flows from what came before it.  The mustard seed grows into a tree, but it doesn’t grow into a car.  The way you get people to accept the Church’s teaching on marriage is not to change the Church’s teaching on marriage.

Even if such changes were to occur, it is quite doubtful they would accomplish much.  The reality in today’s Church and society is that things have become nicely sorted.  What I mean by this is that the Church could change her teaching on marriage tomorrow to conform to what those who dissent from Church teaching have demanded, and it likely won’t make a difference.  Why?  Those who favor changing the teaching on marriage also favor changing the teaching on homosexuality, contraception, etc.   The line has to be drawn somewhere, so you might as well err on the side of revealed truth.

6.) Reform happens on a global scale

Sometimes we have to remember we live in a global church.  Yes, a prominent cardinal has called for changing the teaching on the indissolubility of marriage.  Yet as Cardinal Pell has pointed out, those who advocate this change represent a small block in Europe and a few voices elsewhere.  When you step outside of those circles in a global church, opinions on this issue range from indifference to hostile opposition.  One can expect those voices to also be represented at the Synod.

In short, if you really feel the need to worry, worry realistically. From a purely rational and human understanding, the Synod could introduce sweeping reforms and change doctrine.  Yet even if such is possible on a human level, it still isn’t very likely for all of the reasons I’ve laid out above. Discussing the possibility and probability of this stuff can be pretty interesting.  It is even occasionally insightful in showing us how to look at the Church and the world around us.  For those occasional insights, we have to deal with an awful lot of noise and nonsense.

So if you want my advice on what to do during the Extraordinary Synod, it will be to not visit the live-blogging or rumor mills.  These can offer you something good, but probably won’t.  Instead, focus on your marriage, or prepare yourself for marriage.  Even better, we need some vocations to help form those people preparing.  Focus on that instead.  Maybe next year we can have this discussion again, but it is just as likely this discussion won’t even be necessary.