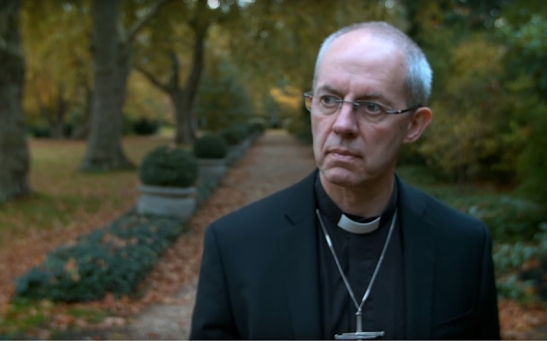 Church of England says it is bewildered by leading chains’ stance on advert that was intended to play before new Star Wars film.

The UK’s three leading cinema chains have refused to show an advert by the Church of England that features the Lord’s Prayer, citing fears that it could offend people. Vociferous critic of religion says anyone thin-skinned enough to be offended by church advert deserves to be offended.

The 60-second advert was due to be shown before Star Wars: the Force Awakens, released on 18 December and which has smashed records for advance ticket sales at UK cinemas.

It was cleared by the Cinema Advertising Authority and the British Board of Film Classification, but the Odeon, Cineworld and Vue chains – which control 80% of screens around the country – have refused to show the advert because they believe it “carries the risk of upsetting, or offending, audiences”.

The church warned that the move could have a “chilling effect on free speech” and said it was at a loss to understand the logic behind the decision.

Arun Arora, director of communications for the Church of England, said: “The prospect of a multigenerational cultural event offered by the release of Star Wars: the Force Awakens on 18 December – a week before Christmas Day – was too good an opportunity to miss and we are bewildered by the decision of the cinemas.

“The Lord’s Prayer is prayed by billions of people across the globe every day and in this country has been part of everyday life for centuries. Prayer permeates every aspect of our culture from pop songs and requiems to daily assemblies and national commemorations. For millions of people in the United Kingdom, prayer is a constant part of their lives whether as part thanksgiving and praise, or as a companion through their darkest hours.

“In one way the decision of the cinemas is just plain silly but the fact that they have insisted upon it makes it rather chilling in terms of limiting free speech. There is still time for the cinemas to change their mind and we would certainly welcome that.”

The advert is to promote a new Church of England website, JustPray.uk, encouraging people to pray. The film shows Christians saying one line of the Lord’s Prayer, including weightlifters, a police officer, a commuter, refugees in a support centre, schoolchildren, a mourner at a graveside, a festivalgoer and the archbishop of Canterbury.

JustPray.uk provides guidance on what prayer is and how to pray. It also provides a live feed of prayers across the globe via Twitter, Instagram and Vine.

Digital Cinema Media, which handles most cinema advertising in the UK, told Arora it has “a policy not to run advertising connected to personal beliefs, specifically those related to politics or religion. Our members have found that showing such advertisements carries the risk of upsetting, or offending, audiences.”

DCM added that it had received “considerable negative feedback from audiences” to adverts from both sides in the lead up to the Scottish independence referendum.

Arora said: “People should visit the site, see the film themselves and make up their own minds as to whether they are upset or offended by it.”