Supporters of Mumtaz Qadri, who murdered Punjab Governor Salman Taseer, began a sit-in on Sunday, which later turned into a call for Asia Bibi’s hanging, the application of Sharia, and the maintenance of the blasphemy law. Interior Minister denies that any deal was struck with protesters, who left “on their own accord.” 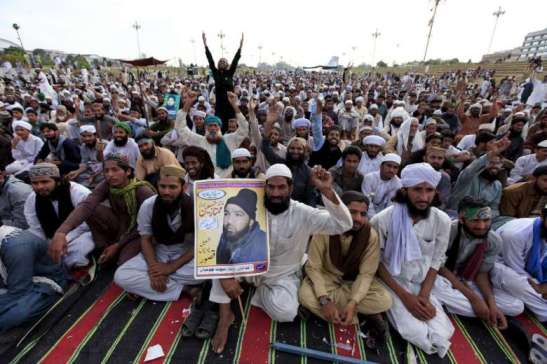