Among the thousands of “ordinary inmates” whom Ankara released to make room for “supporters of coup leaders”, is Oguzhan Aydin, the young man who killed an Italian priest in Trabzon on 5 February 2006 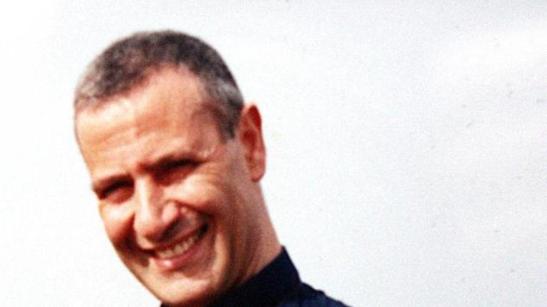 Oguzhan Aydin, the man who murdered Fr. Andrea Santoro in Trabzon on 5 February 2006 is among the 31,482 detainees who were released from Turkish prisons in recent weeks to make room for tens of thousands of members of the military, intellectuals, businessmen and journalists who were accused of backing the attempted coup of July 15th. The news was reported by a number of sources, including Turkey’s Armenian newspaper Agos and the website Turkish Minute, created in the US to pick up the baton as it were from Turkish newspaper Zaman, after by Erdogan imposed normalisation measures a month or so ago.

Oguzhan Aydin was 16 when he murdered Fr. Santoro. He was arrested by Turkish police a few hours after the killing and was still in possession of the gun he used to shoot the Roman fidei donum priest as he prayed in St. Mary’s Church. At the time, he claimed that his action was a personal reaction to the publication of some caricatures of the prophet Muhammad in Danish newspaper Yyllands-Posten. But this claim raised major doubts given that Ogun Samast, the man who murdered Armenian journalist Hrant Dink in Istanbul a few days earlier, was also from Trabzon. Still, Turkey’s judicial authorities accepted Aydin’s confession and the following year he was sentenced to 18 years and 10 months in prison, as the only person responsible for Fr. Santoro’s death.

In 2011, the young detainee had already come out of prison, having been granted semi-liberty in a designated centre, but a year later he was behind bars again after an attempted escape. Now, however, – under the provision introduced in the wake of the attempted coup and after members of Fetullah Gulen’s were placed under arrest – Aydin has also been set free. Despite this, according to declarations issued by the Turkish government, the pardon should only have applied to those who have less than two years to go before the end of their sentence and excludes serious offenses such as murder. These two reasons alone should have been enough to exclude Fr. Santoro’s killer from the provision.

Another further cause for concern, is that St. Mary’s church in Trabzon, where the Italian priest was killed, was attacked last July during the pro-Erdogan demonstrations that took place after the attempted coup. Although the church was vacant at the time and no serious damage was done, the intimidatory nature of the gesture was apparent.