In this Lenten season let us meditate on the book of Exodus.
Lent invites us to follow Jesus in the desert, led by the Spirit:
” I will lead her into the desert and speak to her heart” (Hosea 2:16)

Midwives of Egypt/4
Reflections on the Book of Exodus, by Luigino Bruni 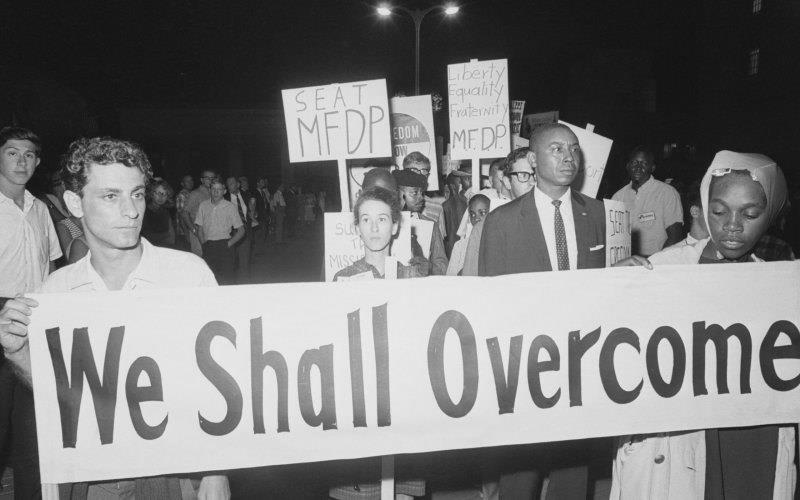 For all my life, I must confess, I have been pushed by two forces operating together. First of all by outrage, the impossibility to embrace the world as it is. …the other force is the light. Perhaps today I’d call it transparency. I could say: it is faith.” (Paolo Dall’Oglio, Outrage and Light).

Empires have always tried to use work to black out the dreams of freedom, gratuitousness and celebration in the souls of the workers. Exactly for it being the number one friend of man, work lends itself to be manipulated and used against workers and so it can easily become an instance of “friendly fire”. To be able to work has always been and still is one of the ways to freedom for many, while not to be able to work is still one of the main non-freedoms and a form of mass violence of our time. But next to work that liberates and makes us noble, there has always been also the idea of work utilised by the pharaohs as a means of oppressing the poor.

Work is what opens our republic’s constitution, but it once also opened the Nazi “work” camps: to understand and love work we have to keep both of these “entrances” together. Today, too, we live working and we still do not prosper and are blacked out because we cannot work; but we still live and die humiliated by too much work or the wrong type of work when the new pharaohs make us work all day and every day, when they do not allow us to think, pray and celebrate holidays and so they take us back to the brick factories of Egypt.

Moses, after hearing the Voice speak from the bush, goes down from the mountain and has a mysterious encounter. Like Jacob who was attacked by God at Jabbok River while he was returning with his family to the land of his fathers, Moses, too, has to face God on his journey to Egypt with his wife and son. God who has just revealed his name (YHWH) to him now confronts and combats him: ‘During their journey, as they camped overnight, the Lord met Moses and tried to kill him.’ (4:24) God who gives a task to the prophet and then fights him is a theme that is present all through the Bible, up until the Son sent to us to perform the greatest of all tasks, the one who ends up crucified, abandoned by Elohim (Mark 15:34). The voice that calls you and shows you the road of salvation to take becomes also the person who stops you and combats you along the same way that it opened up to you. Vocation and trust/faith are gifts; but they are also fights, a combat taking place at the border of life and death, known and loved only by those who have listened to a voice and followed it really. In contrast to the episode at the Jabbok River that Genesis describes by a wealth of symbols and details, here the text does not dwell on the combat of Moses and God, but only describes the actions of Zipporah, Moses’ wife. During the attack, Zipporah circumcises their son and Moses’ salvation gets mysteriously connected to the blood of the son. (4:25-26) After the midwives of Egypt, Moses’ mother and sister, the daughter of the pharaoh, Moses is again saved by women, by their special vocation for life as humble mediators between the divine and our flesh bodies.

Moses continues his journey to Egypt alone. His people gives credit to Aaron’s words who acts as Moses’ mouth (4:27), and they all ‘bowed down and worshipped’ (4:30-31) immediately. The dialogue with the pharaoh, however, is much more complicated and disastrous: ‘Afterward, Moses and Aaron went to Pharaoh and said, »This is what the Lord, Israel’s God, says: “Let my people go so that they can hold a festival for me in the desert.”« But Pharaoh said, »Who is this Lord whom I’m supposed to obey by letting Israel go?  I don’t know this Lord, and I certainly won’t let Israel go.«’ (5:1-2) The pharaoh calls for the slave masters of the Israelites and takes immediate action to toughen up their working conditions: ‘Don’t supply the people with the straw they need to make bricks like you did before. Let them go out and gather the straw for themselves. But still make sure that they produce the same number of bricks as they made before. Don’t reduce the number!’ (5:7-8)

The pharaoh’s reaction to Moses’ request offers us a powerful description of what work becomes under the emperors of yesterday and today. Pharaoh’s first reaction regards God directly: ‘Who is this Lord?’, which is as good as saying: ‘Does anyone know him at all?’ All forms of oppression, be it that of peoples or workers, begins by not accepting any other god than that of the “pharaoh”, by not recognising that there exists a heaven that is higher than the one touched by the pyramids. In Egypt, the pharaoh was a divinity, the only mediator between the people and the divine. To recognise YHWH and listen to his request would have put the pharaoh’s divine nature in doubt and it would have meant that the existence of other mediators (Moses and Aaron) is admitted. Emperors are not atheist: they are all idolaters. They do not negate the existence of God; they just make people, things (money, power) or ideas become gods, producing gods in their own image, gods with whom they can feel very comfortable.

In this episode there is also a passage that is especially relevant for work. What Moses and Aaron asked of the pharaoh was the ultimate liberation of the people.  In that first meeting they only made a request to him to be able to ‘go on a three-day journey into the desert’ (5:3) to offer sacrifices to their God, to pray, to make a celebration. The pharaoh rejects it without appeal, because if he lets them leave the work camps even for just one day of holiday and religious rites, he would recognise that they are a people and not merely slaves. You can pray anywhere, and the prayers directed to heaven from the camps of imprisonment are no doubt  the most beautiful and truest ones. But to leave the work camps in order to pray and celebrate a holiday together is not just a prayer: it is a symbolic act that every now and then has triggered the downfall of even the greatest empires. If the pharaoh had permitted the people to celebrate their holiday in the desert, he would have recognised not only another, different religion, but also their right to celebrations, to free gifts and to non-work, a right that only a free man can possess, not a slave (it is also because of the remembering of the people’s slavehood in Egypt that Israel’s Law extends the celebration of the Shabbat to all living beings). By saying no to this request of YHWH, the pharaoh actually simply confirmed that the sons of Israel were nothing more than slaves to do forced labour. The first and most natural act through which the emperors tell us that we are only forced labourers is to deny us the time for non-labour, for religious rites, for giving free gifts, for celebrations. All peoples’ liberation was started by praying, singing and celebrating together. For the emperors, holidays are more fearful than protest marches because they contain the infinite powers of gratuitousness. And when they feel the “mood for celebration” among their workers, their reaction is to toughen up the forced labour.

Every time that an entrepreneur makes a woman sign her “voluntary” resignation in case of maternity in advance, or when the present form of capitalism denies us the right to rest and observe a holiday and makes us work on Sundays, we return to the logic of that ancient pharaoh and all the empires. When the company asks us to work every hour and every day possible to reach the objectives set, or when it orders us to observe its own corporate holidays and denies us the holidays of everyone else, these companies become very similar to the brick factories of Egypt; and we become all too similar to the slaves of the ancient times, even if we signed our contract of our own accord and are paid well.

In all empires people die for the lack of work, but they also die for too much or awful work because the person is extinguished when he or she is reduced to being a mere labourer. Work without non-work is the forced work of slaves because it is freedom itself that puts a limit to work, thereby generating that anthropological variance between us and the world of things, between Marco and Engineer Bianchi. This differentiation is essential to give dignity to things that we produce and to save the spiritual overflow of our life and that of others.  We’d better not forget about this, especially in the present deep crisis of work. Today we will only learn to work and create work if we are able to ask the current pharaohs for time to dedicate to giving freely and celebrating holidays, even if these are words that they do not like to hear as they are subversive and useless in the production of their bricks.

Freedom of religion, gifts and holidays is the first form of the anthropological overflow and ethical dignity of every civilisation because it says to the pharaohs and to their descendants today: ‘You are not god in my eyes, in our eyes and you are not god in anyone’s eyes, not even your own. Your festivities that are oriented towards profit are not enough for us, we want other altars where to celebrate our freedom and our liberations.’

Those three days of walk towards that different type of altar would have been the first steps towards the promised land, the end of slavery. The pharaoh did not want to and could not grant it to them. Yet they made it there.

The days of walking freely in order to celebrate and be merry together still happen throughout history, notwithstanding the emperors. Because those high pyramids do not manage to satisfy our desire for heavens which is always higher up than they are.