The news of the month: War to plastic 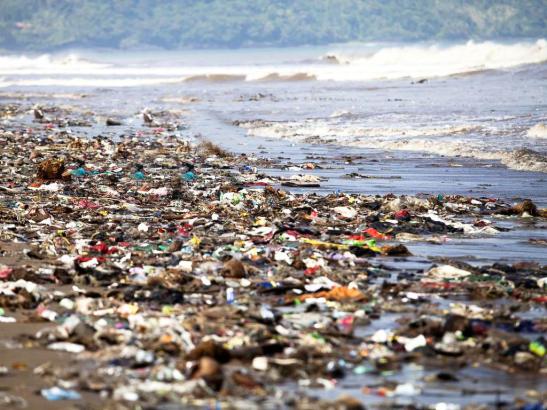 Welcome, as the best family help, the plastic bags and domestic tools, are now at odd and seen as the worse enemy of nature and the future. Human intelligence however is able to create and solve many problems. Unfortunately, all depends which side the economic and financial interests are on. The latter prove is from the new machine, the scientists are preparing to launch. It is the world’s first machine to clean up the planet’s largest mass of ocean plastic. The system, originally dreamed up by a teenager, will be shipped out this summer to the Great Pacific Garbage Patch, between Hawaii and California, and which contains an estimated 1.8 trillion pieces of plastic. It will be the first ever attempt to tackle the patch since it was discovered in 1997. The experts believe the machine should be able to collect half of the detritus in the patch – about 40,000 metric tons – within five years. In the past few weeks they have been busy welding together giant tubes that will sit on the surface of the sea and form the skeleton of the machine, creating the largest floating barrier ever made. The Great Pacific Garbage Patch (GPGP) spans 617,763 sq miles – more than twice the size of France, and contains at least 79,000 tons of plastic, research found last month. Most of it is made up of “ghost gear” – parts of abandoned and lost fishing gear, such as nets and ropes – often from illegal fishing vessels. Ghost gear kills more than 100,000 whales, dolphins and seals each year, according to scientific surveys. Seabirds and other marine life are increasingly being found dead with stomachs full of small pieces of plastic. Creatures eat plastic discarded in the sea thinking it’s food but then starve to death because they are not feeding properly. Others are trapped and die of starvation or are strangled or suffocated by ghost gear. To know more read here  And watch here