Gospel reflection for the XXVI Sunday in Ordinary Time (B) 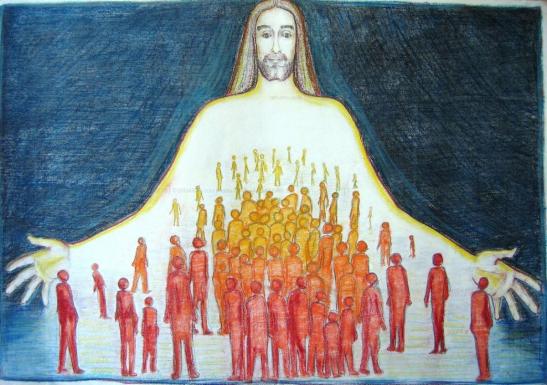 He that is not against us is for us
Fr. Raniero Cantalamessa

One of the apostles, John, saw demons cast out in the name of Jesus by one who did not belong to the circle of disciples and forbade him to do so. On recounting the incident to the master, he is heard to reply: “Do not forbid him … For he that is not against us is for us” (Mark 9:39, 40).

This is a topic of great current importance. What to think of those who are outside, who do something good and show signs of the spirit, yet without believing in Christ and adhering to the Church. Can they also be saved?

Theology has always admitted the possibility, for God, of saving some people outside the ordinary ways, which are faith in Christ, baptism and membership in the Church.

This certainty has been affirmed in the modern age, after geographic discoveries and increased possibilities of communication among peoples made it necessary to take note that there are innumerable people who, through no fault of their own, have never heard the proclamation of the Gospel, or have heard it in an improper way, from conquistadors and unscrupulous colonizers that made it quite difficult to accept.

The Second Vatican Council said that “the Holy Spirit offers everyone the possibility, in a way known only to God, to be associated with this paschal mystery of Christ and, therefore, to be saved” [“Gaudium et Spes,” no. 22. Editor’s note].

Has our Christian faith changed? No, as long as we continue to believe two things: First, that Jesus is, objectively and in fact, the only mediator and savior of the whole human race, and that also those who do not know him, if they are saved, are saved thanks to him and his redeeming death. Second, that also those who, still not belonging to the visible Church, are objectively “oriented” toward her, form part of that larger Church, known only to God.

In our Gospel passage, Jesus seems to require two things from these people “outside”: that they are not “against” him, that is, that they do not positively combat the faith and its values, namely, that they do not willingly place themselves against God.

Second, that, if they are unable to serve and love God, that they at least serve and love his image, which is man, especially the needy. It says, in fact, continuing with our passage, still speaking of those “outside”: “whoever gives you a cup of water to drink because you bear the name of Christ, will by no means lose his reward.”

However, having clarified the doctrine, I believe it is also necessary to rectify something more: our interior attitude, our psychology as believers. One can understand, but not share, the poorly concealed contrariety of certain believers on seeing every exclusive privilege fall which is linked to their faith in Christ and membership in the Church: “Then, of what use is it to be good Christians?”

We should, on the contrary, rejoice immensely given these new openings of Catholic theology. To know that our brothers outside of the Church also have the possibility of being saved: What is there more liberating and confirming of God’s infinite generosity and will than “that all men be saved” (1 Timothy 2:4)? We should make the desire of Moses our own as recorded in Sunday’s first reading: “Would that the Lord might bestow his spirit on them all! (Numbers 11:29).”

Knowing this, should we leave everyone in peace in their own conviction and cease to promote faith in Christ, given that one can also be saved in other ways? Of course not.